Thanks to new machines that let customers flavor their drinks however they want, Coca-Cola discovered that what people really wanted was Cherry Sprite

When it launched its design-your-own-flavor soda dispensers, Coca-Cola handed over the keys to its customers, letting them add a shot of flavor — say raspberry or vanilla or lemon — to any drink. In return, the touchscreen machines started sending Coca-Cola some very useful data on what its customers really want.

Now, eight years after introducing the machines, which have made their way into movie theaters and fast food outlets around the country, Coca-Cola is unveiling its first product created using all that data. People have spent years dialling their own flavor combinations into the machine, and the lesson was simple: The people demand Sprite Cherry.

To the casual soda drinker, Sprite Cherry may seem kind of predictable — it’s not a huge leap from Cherry Coke — and even a little disappointing considering the other options people could add to drinks, like strawberry, grape, peach, raspberry, orange, and vanilla. Serious Eats described Sprite Cherry as “kind of meh.”

But the people have spoken.

Asked if cherry’s victory was a letdown, Oliver said, “We’re not disappointed at all.” Combining “lemon lime, with a twist of cherry flavor” allows the brand to “stay true to what Sprite is about,” he said.

Sprite has been an outlier in a shrinking soda business, with dollar sales up about 3.4% in 2016, according to Coca-Cola, citing Nielsen data. Meanwhile, the company’s overall revenues fell by 5% last year.

Sprite Cherry and Sprite Cherry Zero are the first Freestyle products to make it to Coca-Cola’s permanent lineup (there are other limited-time products like Sprite Cranberry), and are also the first new Sprite flavor since Sprite Zero was launched more than a decade ago. Coca-Cola announced Sprite Cherry in late 2016. Whether Sprite Cherry fans will find the bottled version as satisfying as the fountain soda remains to be seen. 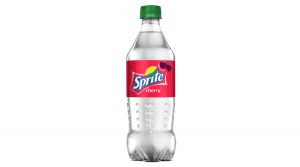 MIRA, as an organization is a good corporate citizen that gives back to the people of this community.”

“I expect MIRA to continue to lead the political fight for issues that involve building a stronger business climate and hope everyone promotes membership because MIRA’s consolidated voice for the group is stronger that it would be for each member.

The scholarship very definitely was welcome.  It was of great assistance for geting me through my undergraduate years.  It helped me get off to a good start!

Newberry especially likes working with independent retailers, he says, because that’s where you can build your brand quickly and effectively. “Working through MIRA makes that even more effective, because independents are especially strong in Michigan and Ohio.

As MIRA gains more members, we become stronger, and this results in more legislators listening to our voice regarding issues that affect our businesses.

Cardwell says the Ohio CAT tax is the biggest issue facing gasoline retailers. “This tax must be moved to the rack to create an even playing field,” “I credit MIRA with working tirelessly to make state government aware of this issue.

We would like to continue to grow with MIRA.  I can’t imagine any business not needing a sign, and MIRA represents businesses.  They are an amazing organization and they’re good to work with.