By Epiphany Communications and Coaching* 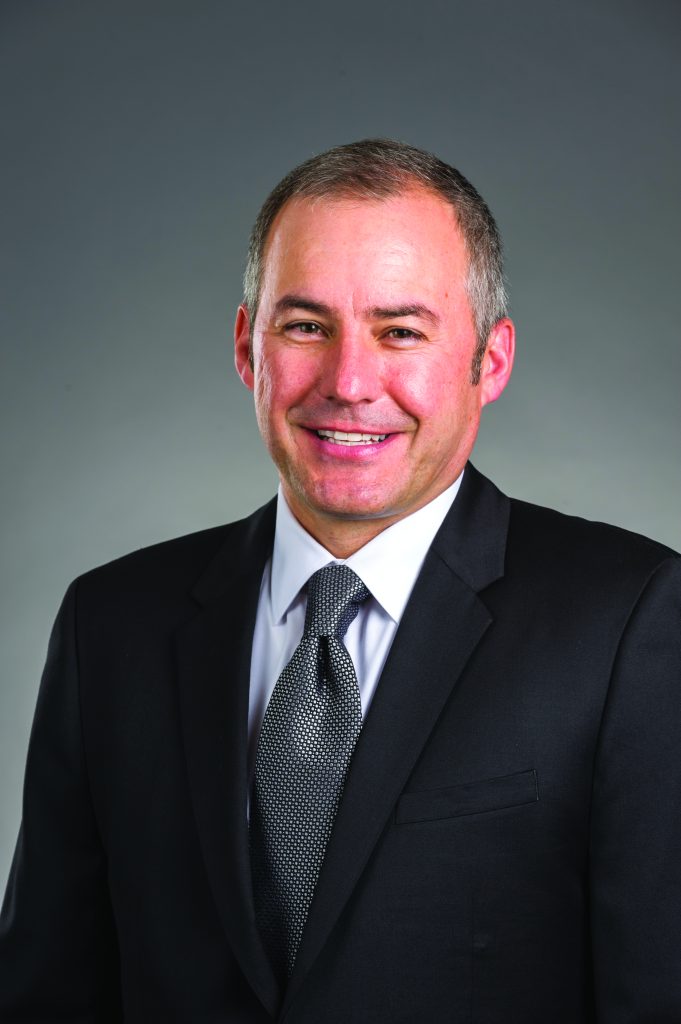 Westland Mayor William R. Wild spent the tail end of the 2022 preparing for his final State of the City Address where he shared highlights of his time in public service and touched on the successes his administration had achieved during his time as Westland’s longest serving Mayor.

He officially starts his new position in mid-January of 2023.

“Serving as Mayor of my hometown for the last 16 years has been the honor of my professional career and I am proud of what my team has been able to accomplish during some of our nation’s toughest times. I’m a businessman and entrepreneur at heart and having the opportunity to lead such an historic association, representing some of the finest retailers in the Midwest is an incredible privilege,” stated Wild.

Wild is no stranger to trade associations having served as the President of the Michigan Municipal League, a state association of Michigan’s cities, towns and villages and as President of the Automotive Recyclers of Michigan, a professional organization representing the state’s vehicle salvage operators and was recognized nationally as the longtime Michigan Ambassador and Co-chair of the Small Business and Entrepreneurship Task Force for the United States Conference of Mayors.

“Bill is a well-respected leader in southeast Michigan and has a proven track record for success,” said Cliff Denha, chairman of the MIRA Board. “His dynamic leadership style that he demonstrated in Westland will translate effectively in our association. Our board is extremely excited about welcoming Bill to our team, and we know he has the energy, vision, and relationships to lead this association forward.”

The new private sector role will not only allow Wild to use his experience in business and in public service but will also allow him to lead a more “normal” lifestyle with his wife Sherri and three children.

“Sherri is a public-school teacher, my son is a junior at Central Michigan University, and my two high school girls are both very active,” he said. This is a great opportunity for our family and we are all looking forward to joining the MIRA family” stated Wild.

Wild replaces retiring Ed Weglarz who has served as president and CEO since 2020. Weglarz spent his entire career in the petroleum and convenience store industry. Prior to taking his original position with MIRA in 2006 as Director of Petroleum, Weglarz served as the president of the Great Lakes Petroleum Retailers Association and the Executive Director of the Service Station Dealers Association (SSDA).

“Bill’s understanding of both the public and private sector and how the two can collaborate will serve our association well,” said Weglarz. “He brings great value to the position, including his vast network of relationships and connections; I am looking forward to working alongside him as I transition into retirement.”

Wild is not only also passionate about leadership and business but has a great fervor for hockey. He incorporated his love for the sport as a fundraising effort for Westland’s Mike Modano Ice Arena. He not only hosted the Annual Hockey Night in Westland between the Detroit Red Wing Alumni team and the Westland Wild Wings, but he also played in the game. Wild envisions creating a similar event to benefit the MIR Foundation.

As the “Voice for the food, beverage and petroleum industry” since 1910, MIRA is a multi-state trade association representing thousands of retailers operating in Michigan, Ohio, and surrounding states. Our members include independent supermarkets, convenience stores, petroleum retailers, service stations, and specialty food markets. Our membership also includes wholesalers, distributors and manufacturers who support the retail industry.

As members know all too well, MIRA is recognized as a leader in government and industry relations and closely monitors proposed state and federal legislation and how it will affect member retail businesses. “Under Bill’s leadership, we will grow even stronger,” said Denha.

*Writers with Epiphany Communications and Coaching are content creators for Bottom Line.

I look forward to building my relationship with Auday and the other board members and being part of such an important association that gives back to the community we serve.

We were able to pick up some stores at the MIRA show in April, and it’s just a good thing to be out there with people who are related to our business and for the people to get more familiar with our brand.  MIRA has been a great help to market our brand.

MIRA truly represents its members well.  Auday does a magnificent job in following through with all the needs of retailers and having created a highly respected organization, and one of the most active.  They are working hard and they involve their members.

MIRA membership continues to be valuable as a way to stay in tune with the needs of our customers. My father’s big thing was ‘always take care of the customer.’ Membership in a strong association is important because of the strength in numbers it offers to its members.