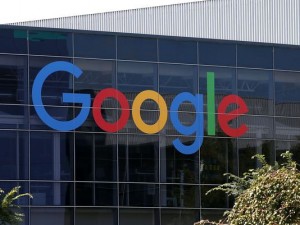 The trial will begin in San Francisco and another city, said Brian Elliott, general manager of Google Express, which already delivers merchandise, including dry foods, to customers. Whole Foods Market Inc. and Costco Wholesale Corp. will be among Google’s partners for the new service, he said.

“For a lot of our merchants that have been successful with this, we’re not representing the whole store today,” Elliott said in an interview. “It’s in our incentive, as well as the merchant’s incentive, for us to help customers get the full store delivered to them.”

Google is investing in delivery services for homes and businesses as it seeks to lure more traffic to its websites. The move puts the company in more direct competition with Amazon, which has rolled out its Fresh Direct service in several U.S. cities. In April, a report showed the e-commerce giant was the lowest-cost among rivals in New York. Online groceries are a $10.9 billion industry in the U.S., and the market is expected to grow 9.6 percent annually through 2019, according to a December report by IbisWorld.

Google is also expanding next-day deliveries in the Midwest for more than 25 million potential customers in places such as Indiana, Wisconsin and Ohio. The Web company already offers services in Manhattan and Chicago with Walgreen Co., Kohl’s Corp. and other retailers.

The fresh-food trial, which includes fruits and vegetables, is part of a move away from making deliveries from warehouses, which can add complexity and requires refrigeration, Elliott said. Giving customers more options should help to boost profit and sales, he said.

“If I’ve got to pay someone to drive the product from point A to point B, the bigger the basket size, the more revenue I’ve got to offset that cost,” he said.

MIRA is constantly fighting for retailer rights.  They have a voice in Lansing and are there for any questions or peoblems retailers might have.

It’s very important to be part of the industry you serve.  MIRA is an important organization, and being part of a great team gives us the voice to fight for what we believe in, and the power to know we are being treated fairly.  Unity is strength, and the more members we have, the stronger we become.

First, the MIRA program provides a great link to bringing together Nestle Direct Store Delivery with potential new retailers and customers who would like to sell Nestle frozen food that otherwise we may never have come in contact with. Second, the MIRA program allows Nestle to develop specific promotions for MIRA retailers to help drive business.  Best of all, This is accomplished while developing great relationships with both the staff and members of MIRA.

If we work together as one voice, we are a lot louder than we are alone.

I believe in the effectiveness and spirit of the staff and members of this organization. I recommend that all members read the MIRA mission statement to get a sense of how important it is for everyone to promote membership.