At Andrews Osborne Academy in Willoughby, Ohio, Junior Bond Brewster won the first annual High Five Essay Contest.  Sponsored by MIRA, the essay contest was open to students in grades 6-12 and was a follow-up to the very successful High Five Turkey Drive.  The High Five Turkey Drive took place in November and led to AOA students passing out turkeys and trimmings to over 200 families in Lake County who find themselves dealing with food insecurity.  The turkeys and trimmings were supplied by the MIRA – and the level of student engagement was so high that the MIRA Foundation offered to donate $1,000 in support of an essay contest that would build upon the students’ enthusiasm.

The essay contest challenged students to research food insecurity and think creatively about ways to make a positive impact on the problem.  Their essays were evaluated on three criteria: 1) degree of understanding of the problems of food insecurity; 2) the degree to which their idea could positively impact those problems; 3) the degree to which their idea could be fully implemented given the resources at the essayist’s disposal.  Bond’s essay – which will be published in the MIRA journal and on the AOA website in the coming weeks – was very deserving of the top prize.  And now Bond gets to decide which non-profit should receive her half of the prize ($500)!

Congratulations to all of the participants – and a very special “thank you” to AOA parent Paul Elhindi, who is on the MIRA Foundation Board, for bringing the turkey drive AND the essay contest to AOA. 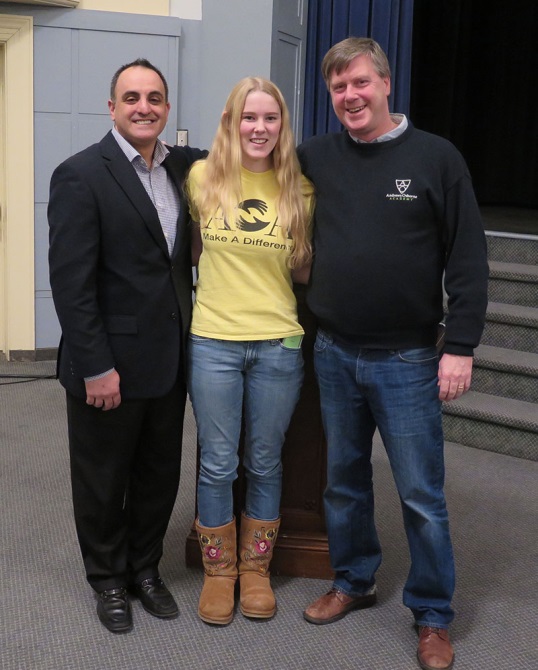 My father said, ‘You have no right to complain unless you are involved in making it better.’ It’s been important to me to continue to make things better for people coming behind us.”

“Continued growth will make our membership programs stronger. Without membership in organizations like MIRA, small business does not have a voice. There is strength in numbers, and when we are strong we can successfully work for the common good.

If we work together as one voice, we are a lot louder than we are alone.

Since we had our stores in Detroit, it was the thing to do. All store owners understood the value MIRA brought for a grocery store. Today at Market Basket of Franklin, the Nestle rebate program is great for us. Also, the DTE program is our best saver – we receive free pull-down shields to cover our dairy and produce – it, has helped our refrigeration and, has allowed us to save money on electricity costs.

Rutowski was happy that Michigan’s bottle bill is on MIRA’s 2013 focus list. “We’ve recycled bottles for so long, it’s worked into our system, but it’s a nightmare I’d rather not deal with,” “I’d love to see it replaced with a recycling program outside the stores.